@officerhardass (formerly known as Heffy and JP) and I took our Harley-Davidson® Road Kings® on the next logical Iron Butt Ride, a SaddleSore 2000k. 16 y.o. Zanderhar decided to come along for the 2000km+ ride that had to be completed within 24 hours as my pillion, he’s tough.

Safety considerations and the SS2000k Route

With safety the priority, particularly with the precious cargo as pillion, Mrs Wom who had studied the SS2000k documentation and the IBA Archive of Wisdom dictated that slabs (freeways) be used where possible. These roads not only allow us to maintain a good moving speed without attracting the attention of the constabulary but limit the risks of oncoming and turning traffic. They also provide plenty of flexibility with 24 hour fuel and rest stops giving us the maximum chance of success. The down side of course is the ride isn’t scintillating. My other consideration over that massive distance navigating a 350kg+ Harley-Davidson with two people around twisties might just be too much like hard work. So the Hume it was, with a detour to get the required Ks in. We also decided that to save cash on accommodation we’d finish close to home and leave our options open to ride an additional 500k’s tomorrow to finish the next qualifying ride, a Bunburner 2500k (2,500k’s in 36 hours).

The weather gods mostly smiled except for some fog (see pic above) when we set off from the BP Beresfield with a starting time of about 4.30am, our Road Kings full of food and water to save time shopping for snacks along the way. Heading south in the dark down the F3 through some specs of fog then through Pennant Hills Road, M2, M7, Hume Hwy with everything going really well until we hit fog at Suttons Forrest that slowed us down to our first stop at the BP Marulan where we fuelled up, applied sunscreen and daytime sun glasses. 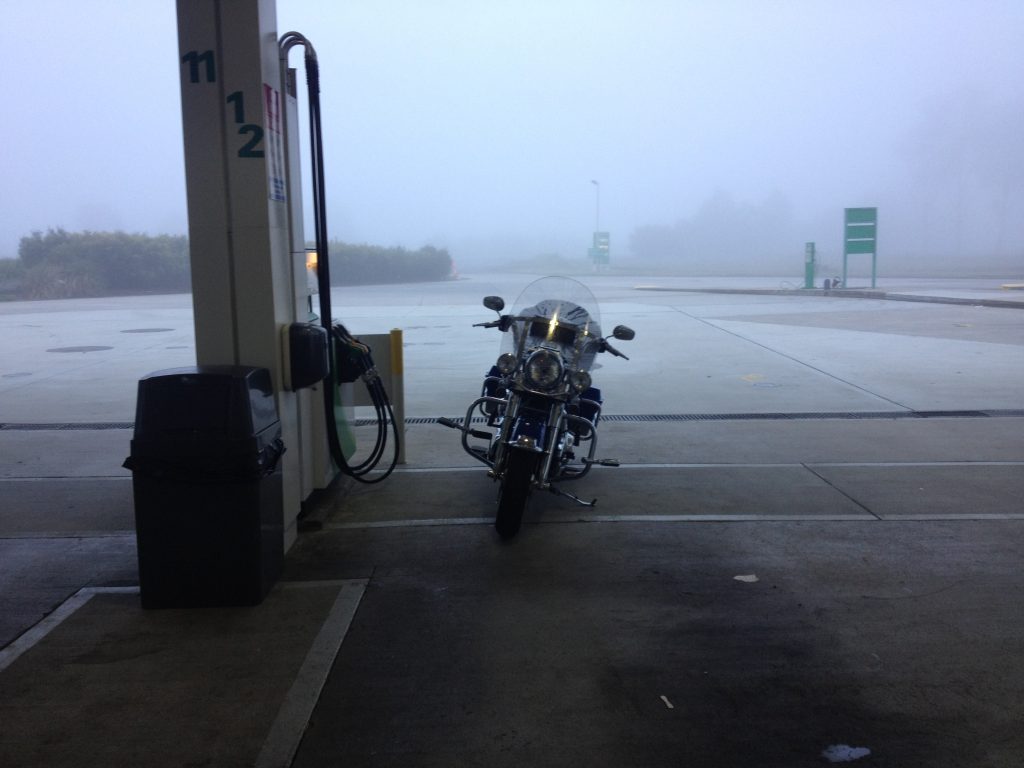 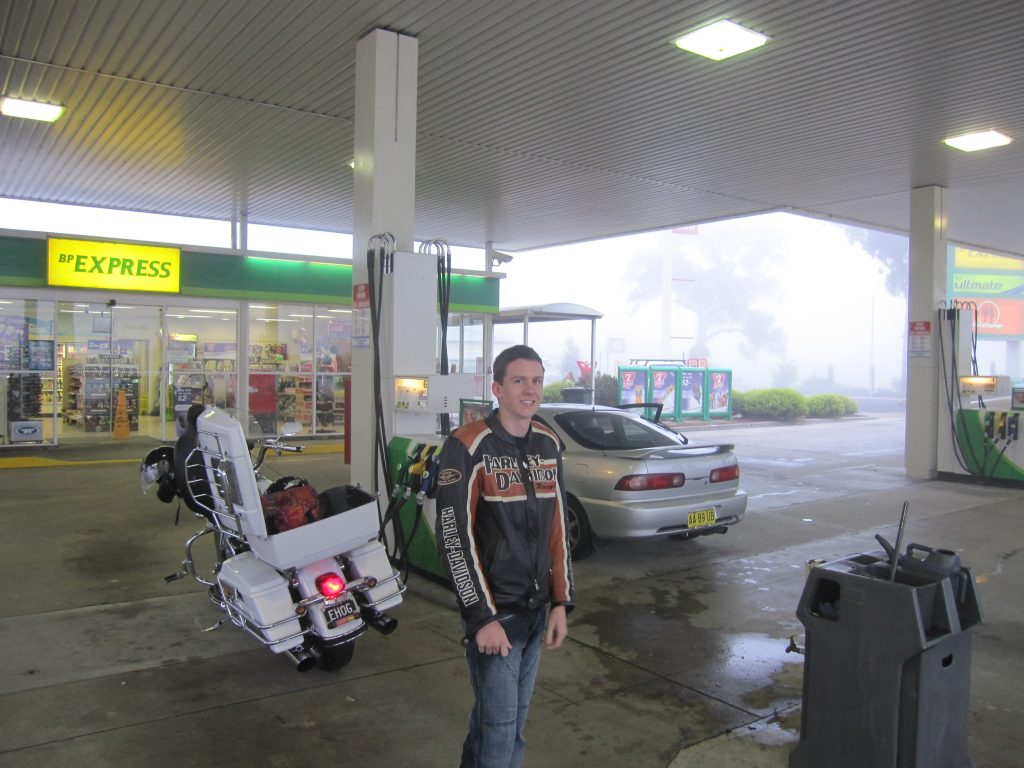 Heading south past past Goulburn towards Yass there were patches of fog some of which afforded us a particularly spectacular view of the Wind Farm on the way to Yass, the great big propellers seemingly spinning suspended in mid air.  One of those moments I’ll wish forever that I’d stopped and taken a photo, but today was about putting k’s behind us and in a 24 hr limited ride every minute counts.

We continued south through Gundagai, waving to the Dog on the Tuckerbox, then turned west to our next fuel stop in Wagga Wagga. 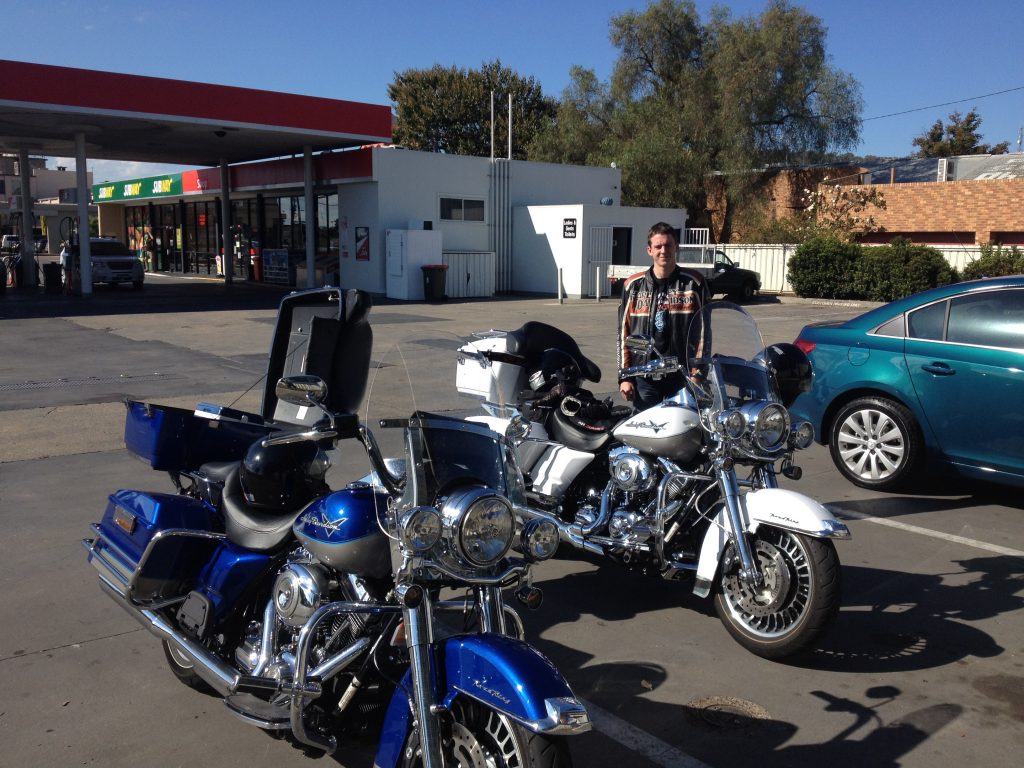 This was the start of our loop to slot in the extra k’s we need to cover to bring us home at 2000K+.  Then to Narrandera for a corner docket (if there are shortcuts between points on the route you have to get a receipt at a corner to prove you didn’t take the shortcut) by buying some lollies for the sugar hits that would be required later. 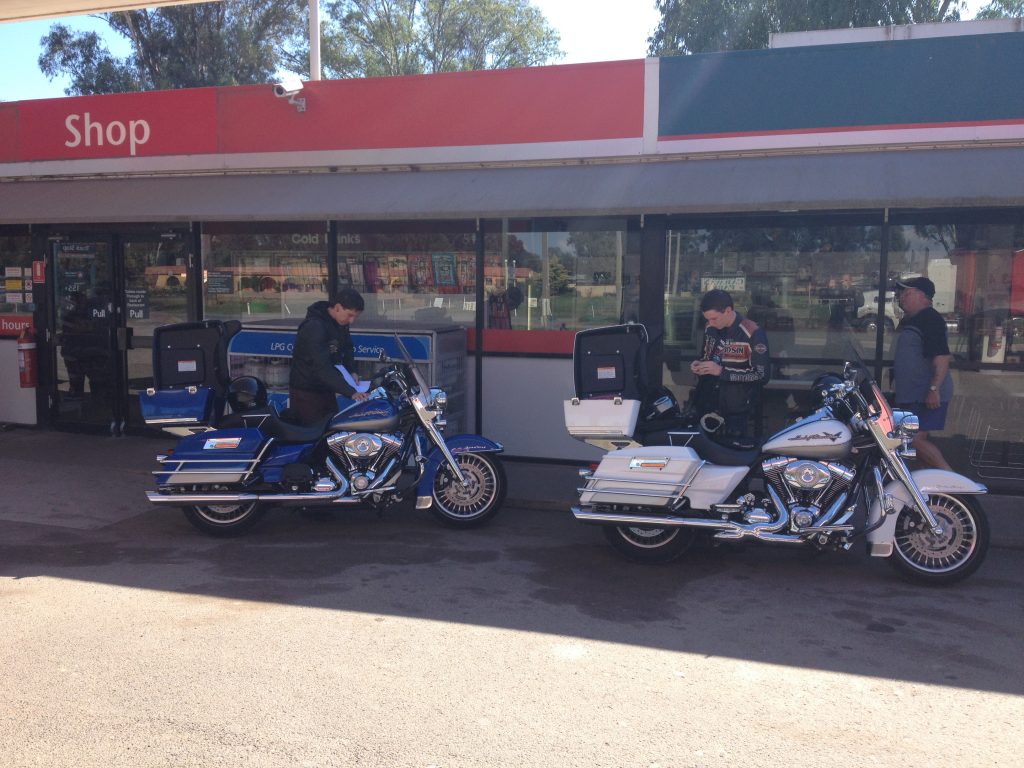 We then travelled south on the Newell Highway towards Jerilderie and then on to Finley, our next fuel stop.  While refuelling and shovelling down chicken sandwiches from the top box we witnessed a large procession of utes revving their engines, blowing their horns and displaying an assortment of flags that were were told were sending off one of the local young blokes who had sadly been killed earlier in the week.  A sombre yet interesting display.

Time to turn east to head back to the Hume on the Riverina Hwy completing the loop at Albury where we fuelled up but also needed the docket to prove we didn’t sneak south through Victoria to the turn around point at Avenel. The Hume Freeway in Victoria travelling at exactly 110kph patrolled by zero tolerance officers in sneaky cars and hidden cameras is always a pretty crap place to be. Not because we wanted to speed, or that we make a habit of it, it’s just plain oppressive. Luckily the weather was good but all we had in mind was to get to Avenel, get fuel and proof we made it there and get back to New South Wales.  We arrived in Avenel right on time, 1200k’s done at that point in about 12 hours. 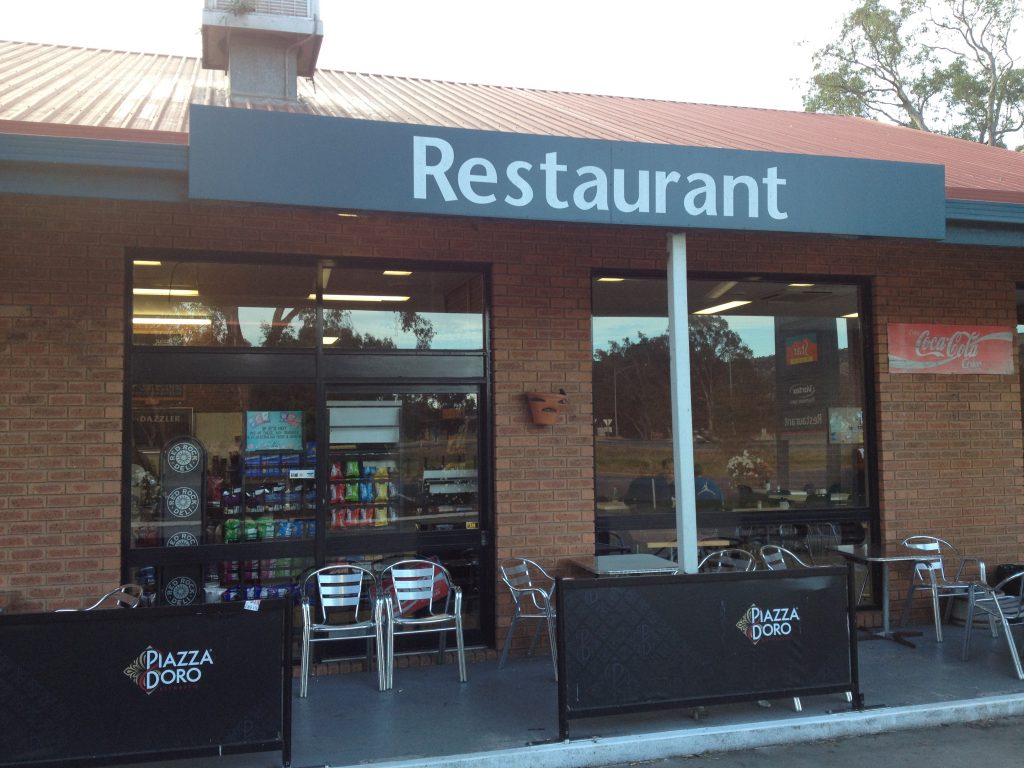 We fantasised about a BBG1500m while we knocked back more chicken sandwiches, a muffin and some water and then headed north on the Hume with the next stop Holbrook for fuel, adding layers of clothes for the evening part of the ride and putting on the night time eye wear. 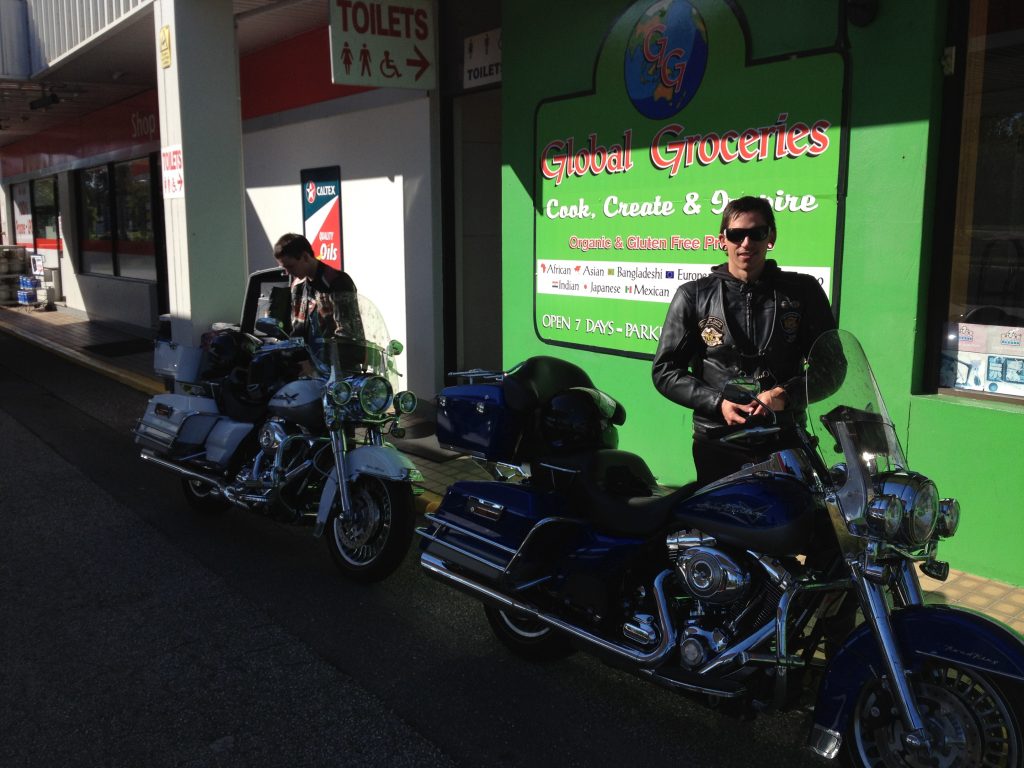 At that point we were still making pretty good time hoping to get to Marulan for the next fuel stop but sadly the Road King 2-up was just that much more thirsty heading uphill and we had to stop at Goulburn. Then we hit fog again, thicker than this morning, we’d been hoping we’d make it through before it dropped in bit it wasn’t to be so.  The fog remained with us until we descended from the Southern Highlands and it warmed up past Campbelltown and soon enough we had redone the M7, M2, Pennant Hills Road and were back in fog patches as we motored along the F3.

The next stop, and enough k’s to complete the SS2000k, was the Caltex F3 Wyong arriving just before 1am. 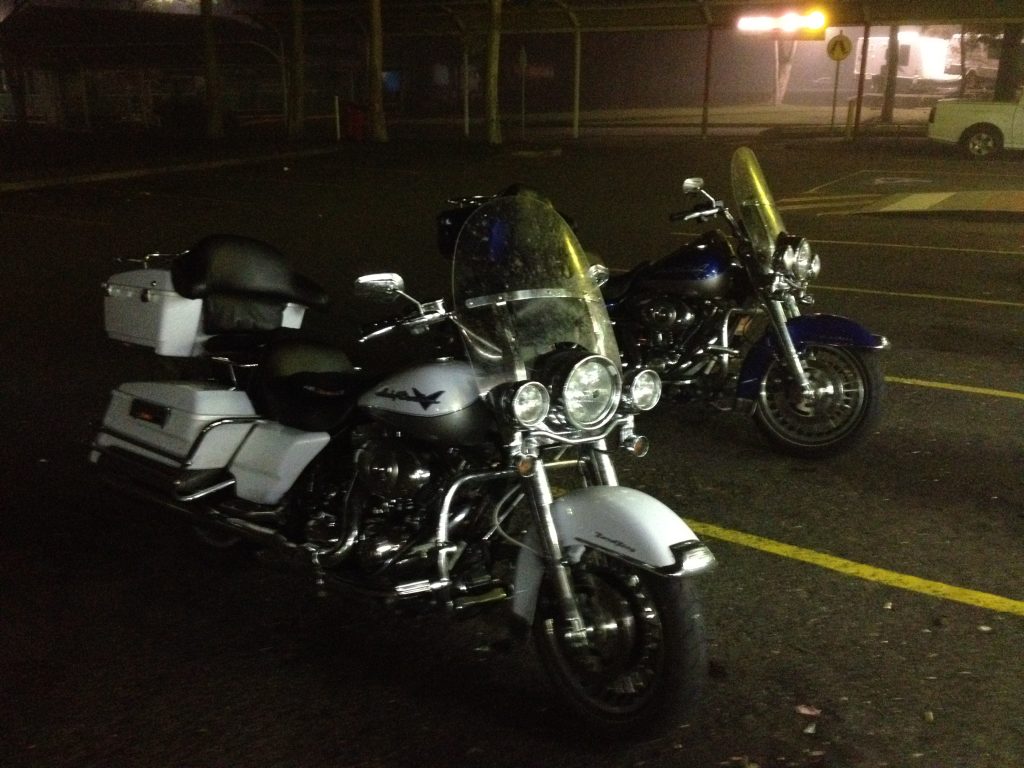 We got the fuel docket and headed for Macas. What a zoo that place is after midnight on Saturday! With the hard work done and three hours to spare we took our time over a hot chocolate and watched the show. Then back to Lambton for a final docket, still within the 24 hours so the k’s count and then some beds close by to get some shuteye for tomorrow’s ride to complete a the SS2500k/36.

It was our longest day yet, frankly it was easier for us than the SS1600 we did in October, we were better prepared and knew the importance of being efficient.  Today’s ride only took about an hour longer to the F3 stop with an additional 400ks squeezed in.

We weren’t in a rush his morning after riding 2100k’s yesterday on our Harley-Davidson Road King motorcycles.  @officerhardass had stayed over to save some time and I woke Zander up, who it seems wasn’t aware we’d intended to hit the road again. When I asked him if he wanted to come for a ride he thought I was joking and was a little bit rude. But when I explained it was just a quick ride to Port Macquarie and back for the BB he said “sure” and we were away before 9am. 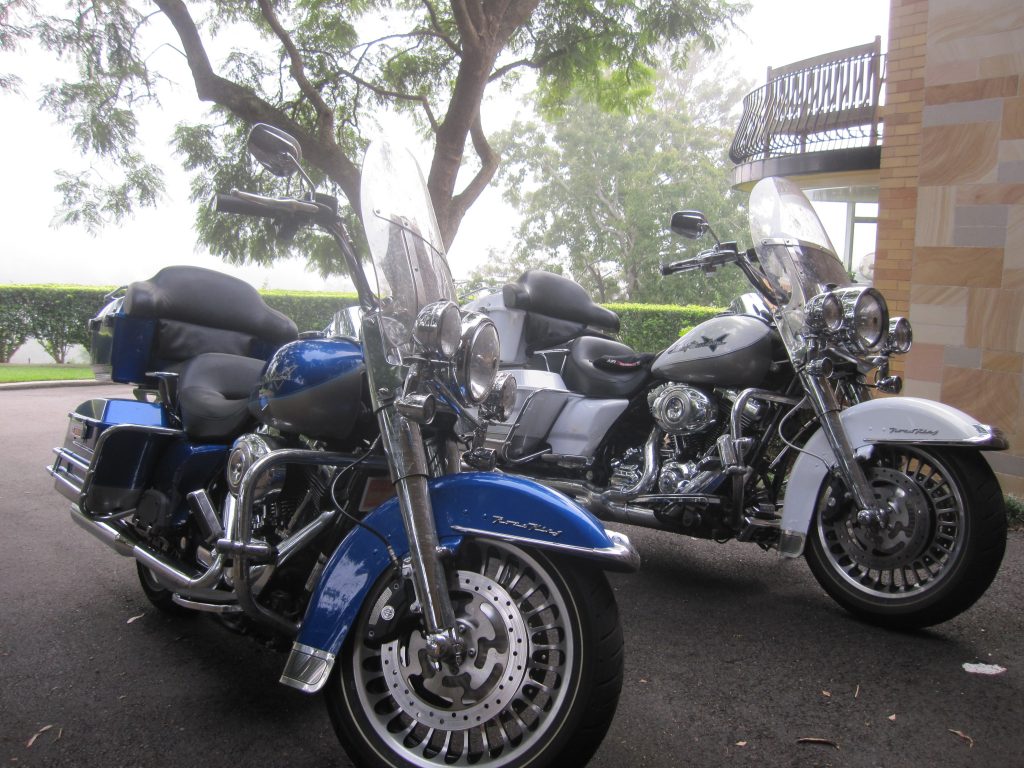 It was the last Sunday of the Easter School Holidays so we were a little concerned that traffic delays at Hexham and Buledelah might cause us problems, however this was not to be.  Not much else to say about the ride up the Highway, it was fun, riding always is, but it was just about getting it done (and having Macas for lunch). The turn around point was the BP at Oxley/Pacific Hwy’s, and yes we thought about doing the Thunderbox backwards, but not today. 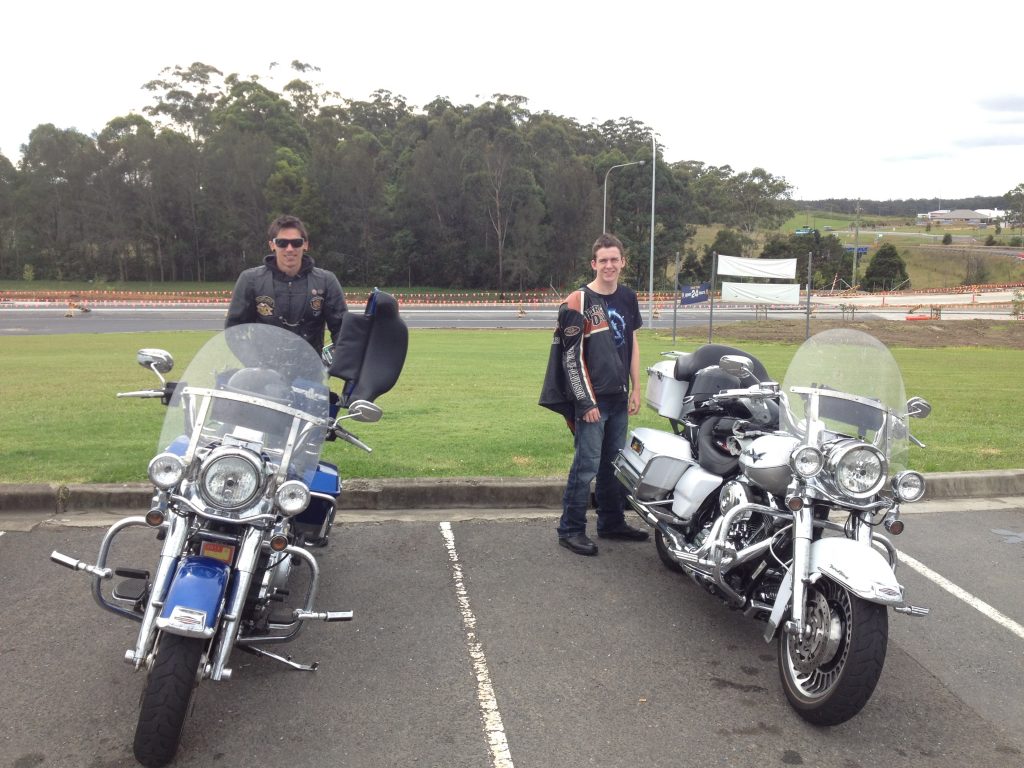 Paperwork to be submitted during the week, beers and gin to be consumed tonight (except for Zander the Pillion who is allowed to have some Sprite). Now he has his L’s for a bike he might ride the next one at 80kph.