A lunch meeting of riders who enjoy longer distances was taking place in Dartmouth, Victoria today. It’s been a while since I caught up with many of them and Rob had mentioned that he was heading down and it was OK for me to tag along.  From home it was only 790km each way (too short for an Iron Butt Ride) but Rob was taking a more scenic route with his daughter Lisa (an accomplished Iron Butt Rider) and her friend Joel.  Perfect!

I left the local servo just before 2.30am and rode in the darkness through Sydney for fuel at Marulan (324km). After Goulburn I turned left towards Canberra. The sun came up as I approached the Lake George Lookout so I stopped for a quick pic.

My next stop was Cooma (541kms). Rob and the others were still there after having left Sydney about 3.30am. Rob called me to let me know where they were and I soon found them.  I wolfed down a muesli bar and some sultanas quite jealous of their recently finished bacon and egg rolls. We left Cooma turning right towards Adaminaby. I just had to get another shot of the trout (593km), the morning sun was glistening on it. Rob got a shot of it too, you can see him on the other side of the fish, Lisa and Joel were waiting patiently for us. Maybe they don’t like trout pictures. 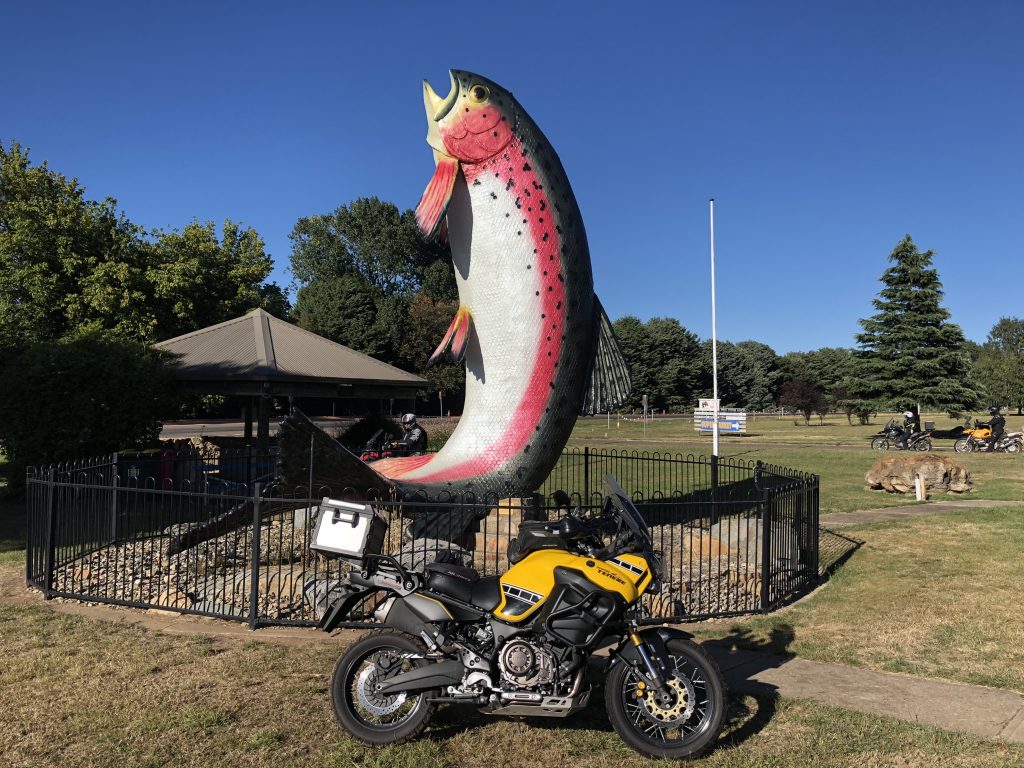 Rob and I had a bit of fun along the Snowy Mountains Highway turning left at the Link Road, Kiandra and waited for Lisa and Joel who rode straight past the intersection (Robs fault I reckon :-)). So he chased them down and soon enough we were all heading towards Cabramurra.  While I enjoyed the view and the quietness of the area. 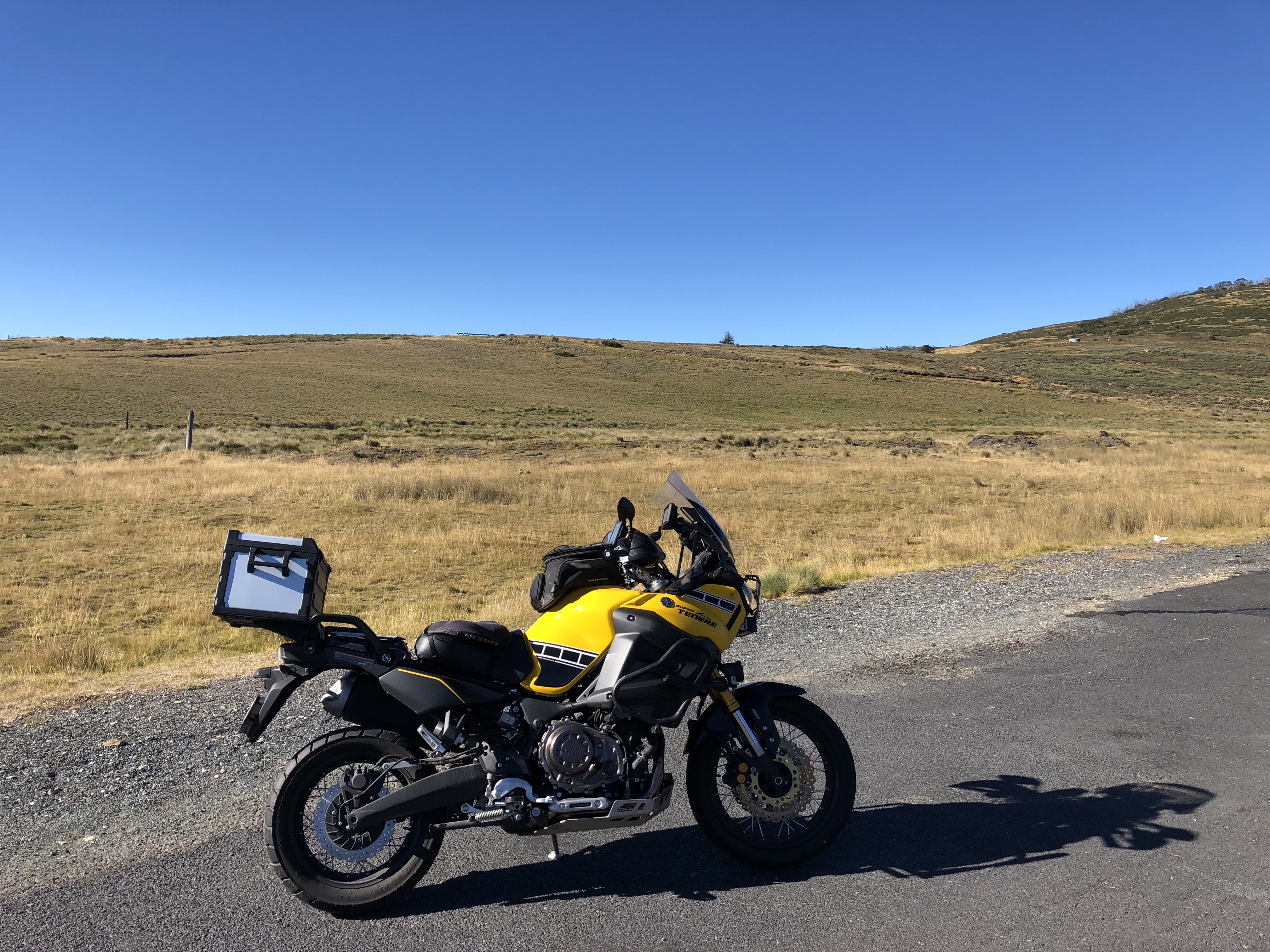 I’d not been down this road before, wow, it was fun. We took a quick tour around Cabramurra then continued downhill on a tight winding road crossing a couple of impressive dams including the Tooma Dam. 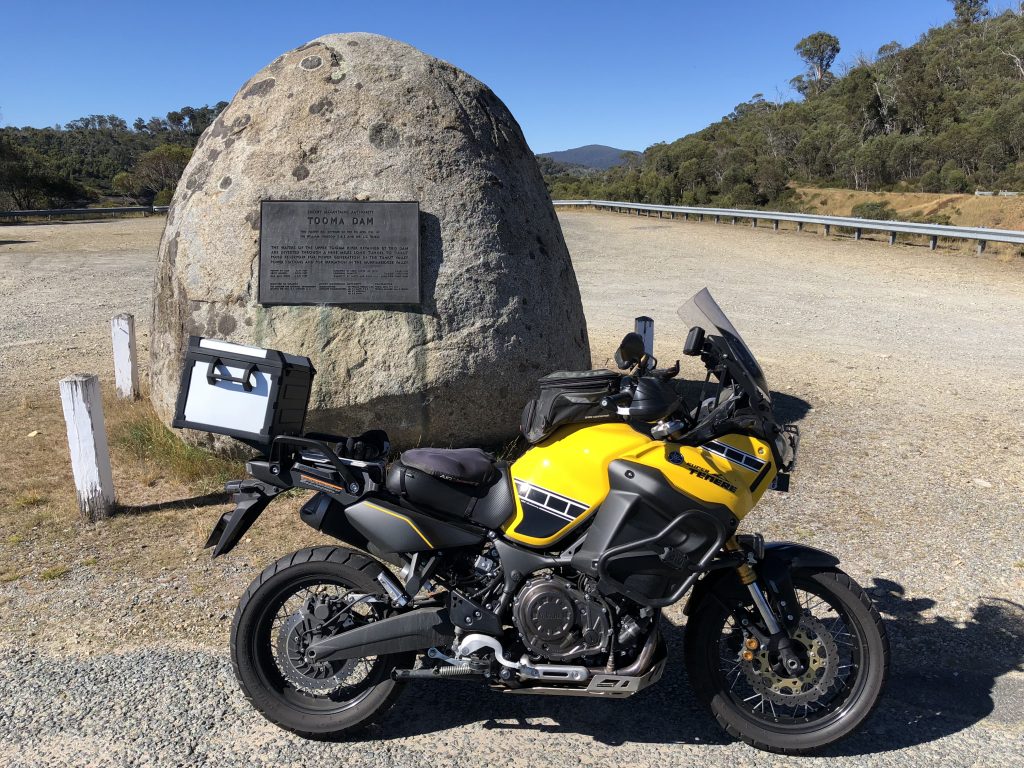 I waited here for a while and enjoyed the view.  What a glorious day for a ride! 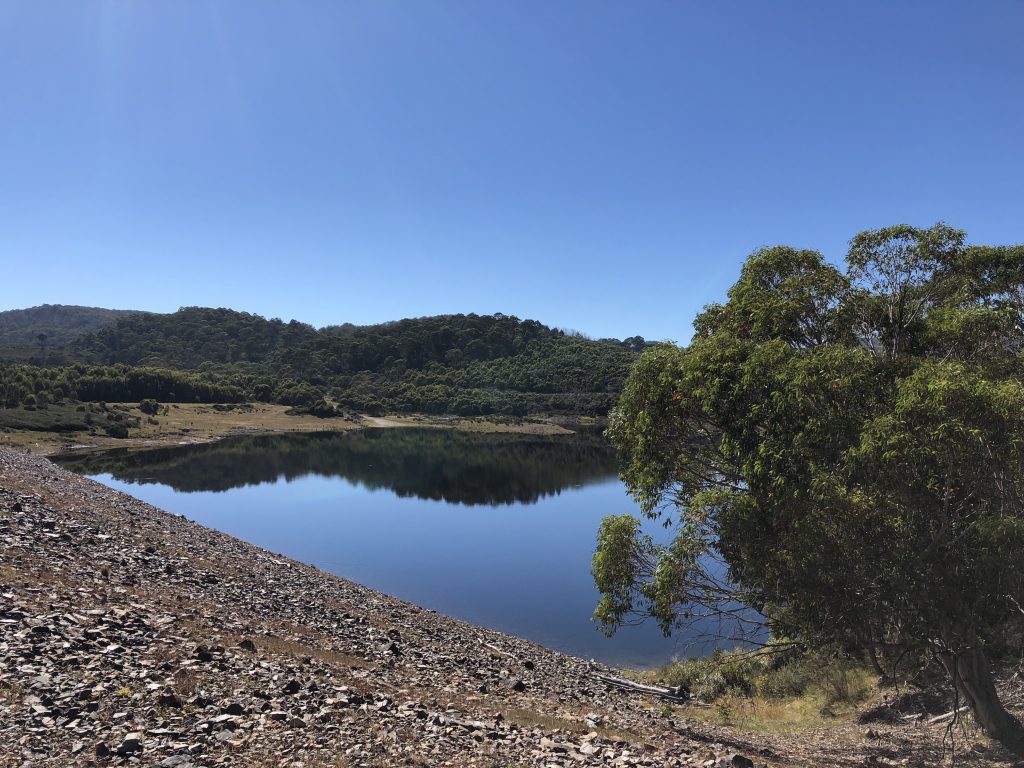 We eventually found ourselves on the Murray Valley Highway. The others stopped for fuel at Corryong while I pushed ahead to Tallangatta (811kms).   I had in my mind I needed a docket here and the extra 10k’s to make up the 1610km minimum distance for the ride.  As it turns out I didn’t, but you get that when you don’t plan well enough.

I passed Lisa and Joel on the Omeo Highway (great fun for a ride too!) and arrived in Dartmouth (885kms) just before 12.30pm.  Here’s one of at least three lines of bikes in the carpark near the Hotel. It’s surprising how many people turn up to these events from all over the place. 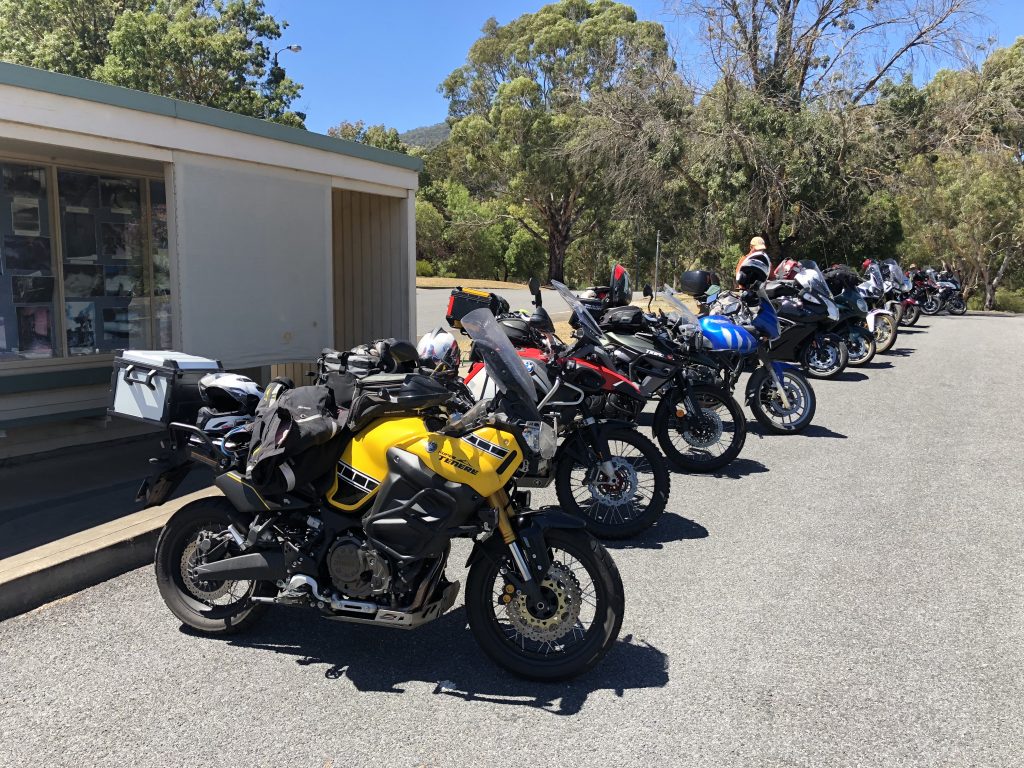 Unusually for me I had some lunch, a nice burger with chips but I didn’t eat most of the chips. They were great by the way but I’m in training at the moment.  As is the way with these things riders eat, chat and leave. It’s always great to have a quick catchup with friends including but not limited to, Karl, Lynne, Fatman, Kimmie, Philmoor, Hackle, Johnny Yted, Vlad, Frans, Derrick, Nico and also Martin and Rebecca who are soon to do a rally in the US two up! 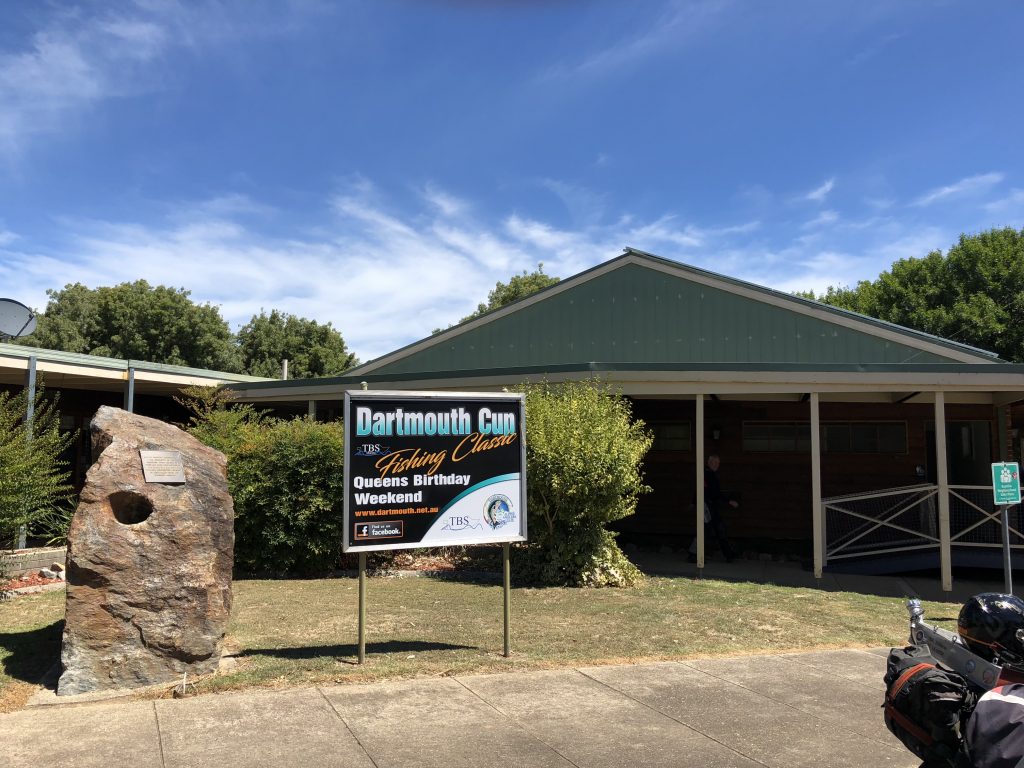 By the end of lunch I’d been stopped for a touch over 2 hours in total but I wasn’t pressed for time so we took Hackle’s advice and went to look at the Dartmouth Dam.  It’s impressive! 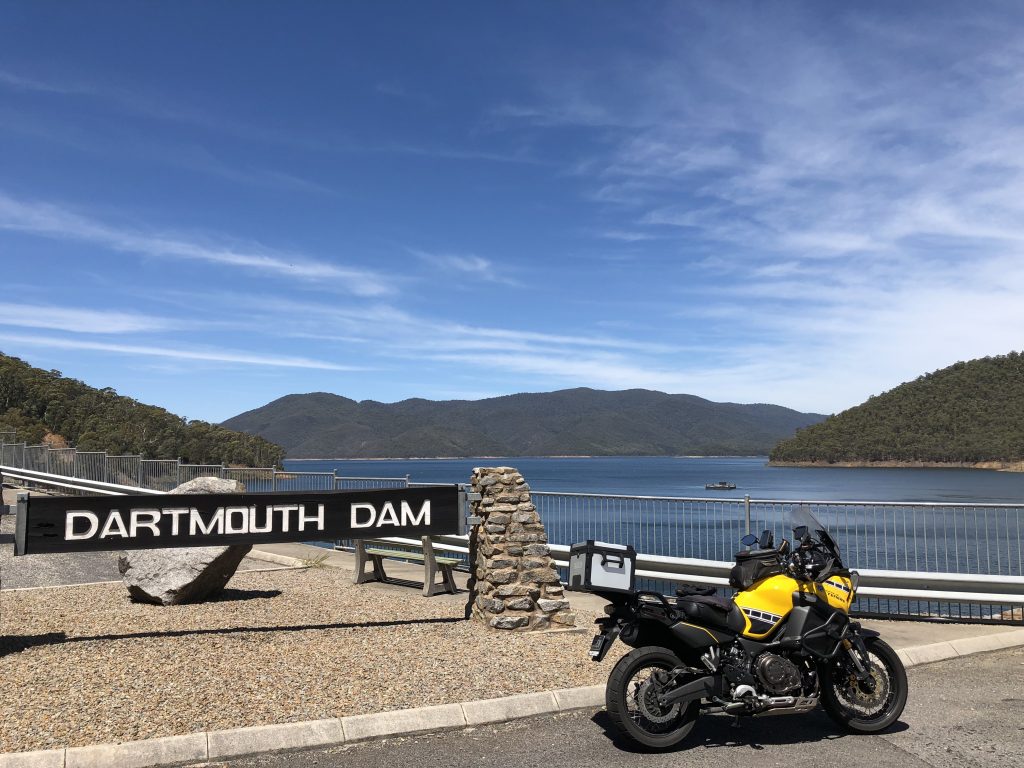 And this is what’s on the other side.  I think there’s a Power Station down there somewhere. 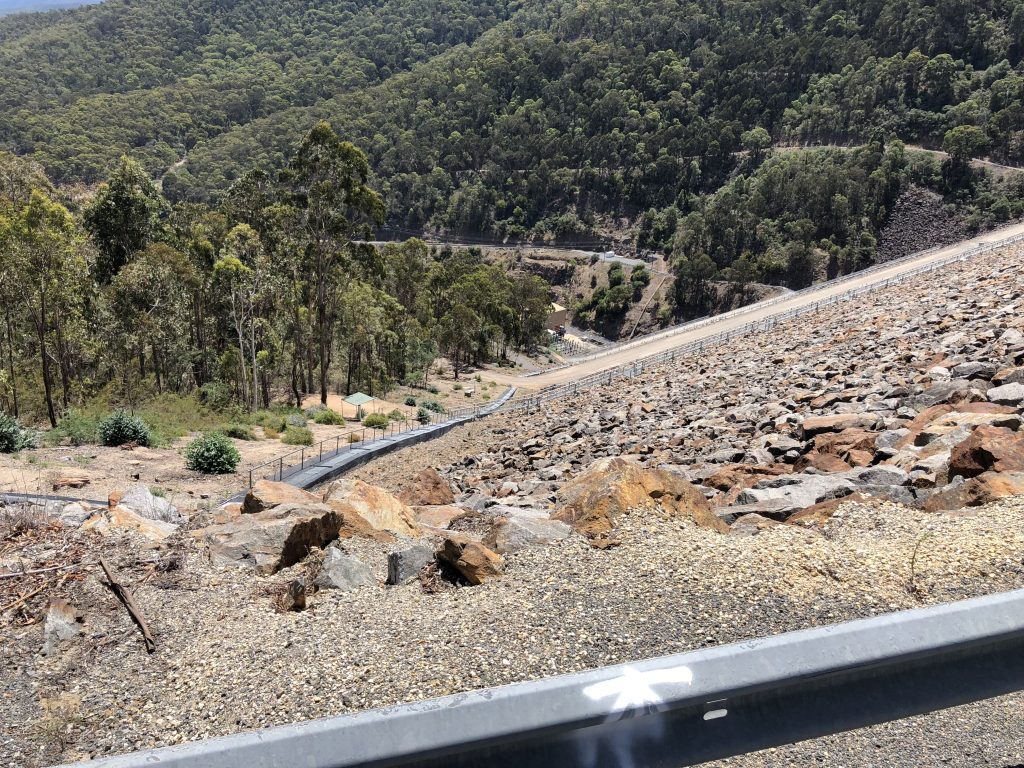 We rode back through Wodonga, Victoria then crossed the border back into NSW stopping for a while at Holbrook.  Rob surprised me with a Cherry Ripe while we were there to celebrate another IBA ride, I had to make it home now!  Thanks Rob! Goulburn was going to be my next stop but who can ride past this icon without taking a pic. It’s not very often I’m riding with others so Rob obliged. 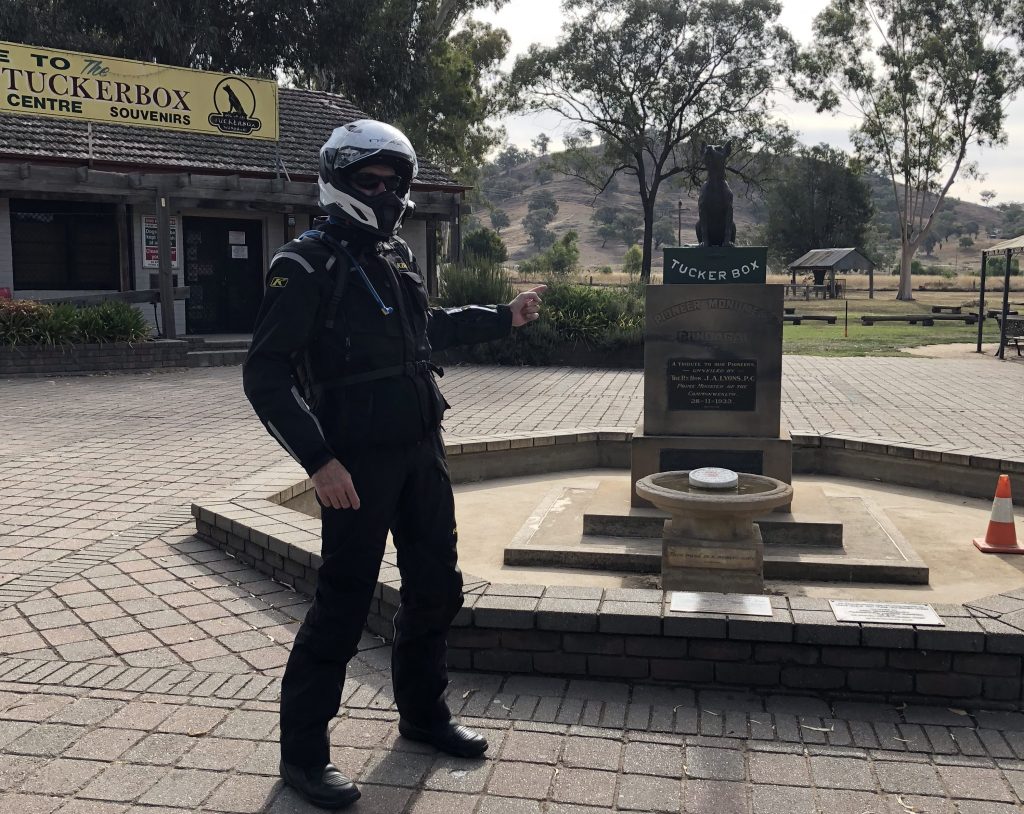 Rob and I were looking forward to Trappers Bakery in Goulburn but sadly it was closed so we had to settle for Macas for dinner.  This was my last stop before home which was now only 340kms or so away. Rob turned off towards Sydney with wave and I arrived home just before 11pm. I already had the post-ride celebration treat and the usual attendant at the 7-Eleven, who had served me at 2.30am this morning, looked quizzically at me when I only bought fuel.

A relaxed, easy day out with great company, great roads, great weather and no worries about getting the distance done in time. 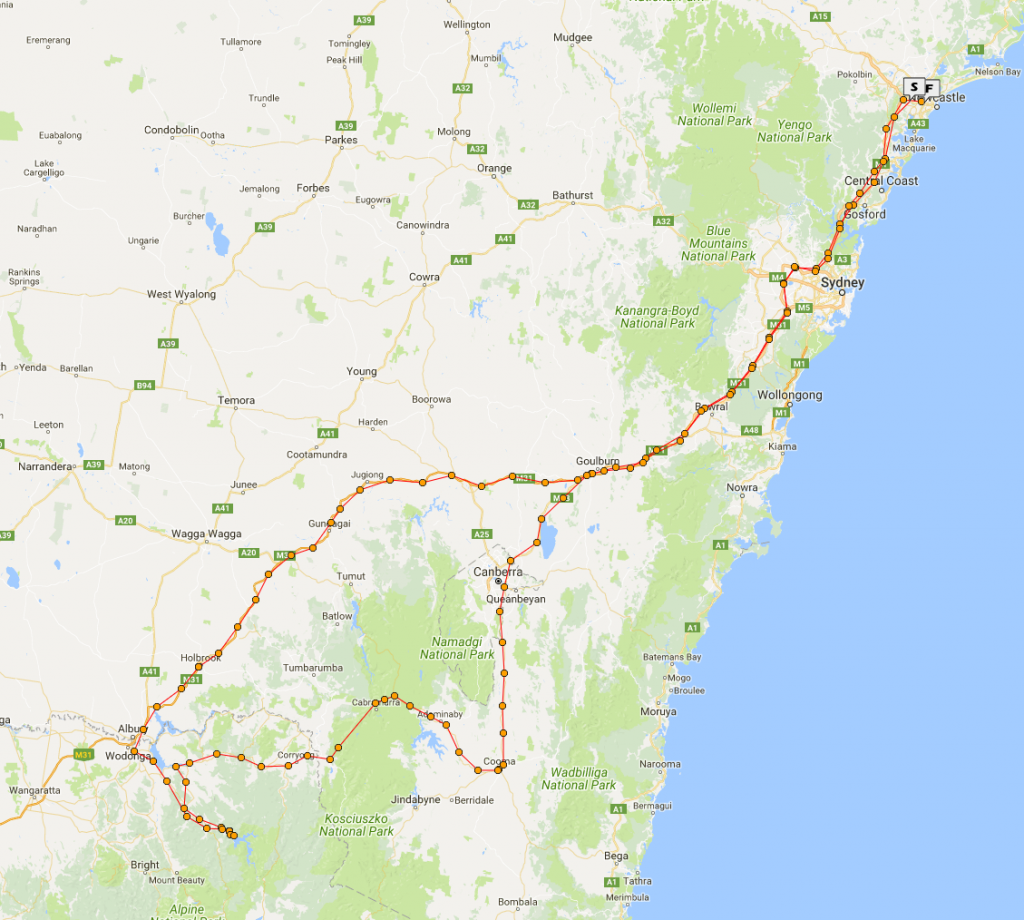